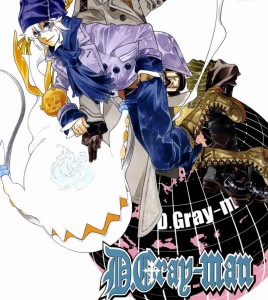 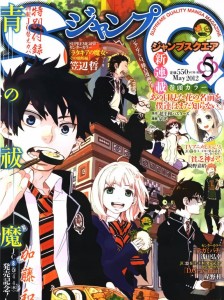 I figured I can squeeze out another set of manga reviews if it's a monthly manga and what better ones to review than Jump SQ's exorcist duo.

I don't know what's up with D.Gray-man these past few chapters. It's been feeling like the mangaka's style is one that resembles a weekly publication instead of a monthly one and that's what's been dragging the story down these last few chapters since the story seems to be progressing but in no foreseeable direction.

Of course this chapter did have to explain the re-appearance of Howard Link, making me going back to re-read a few chapters to reming myself of Zu Mei Chang and his powers since he made an appearance as well. The rest of the chapter was just boring page after boring page leading up until the end of the chapter at which point I let out a sigh thinking what now I really hope it's not going to be another exploration of the link between Allen and the 14th, we've had enough of those.

So what's in store for us next chapter I kind of want to say I don't care since I haven't enjoyed the last 3 chapters which is a big deal for a monthly manga because unlike a weekly one, we the readers are stuck waiting for months at a time for some series to be published.

I'd also like to add that the colour page for D.Gray-Man makes Allen Walker look a lot like Lag Seeing from Tegami Bachi - maybe Hoshino-sensei is one of the mangaka that's also doing an illustration to be included in Tegami Bachi's limited edition 14th volume.

The arc is over and what better way to finish it off then with a care-free chapter in which a new couple is born, the responsibilities of a father are now passed onto the son and of course the gang are finally able to take the a trip around Kyoto. Everything to do with everyone's feelings regarding Rin being the son of Satan seems to be over, so now we can expect more developments in the plot especially since there was a showdown between Mephisto and Kirigakure.

Hopefully the next arc will pick up the pace again and won't be a breather chapter but instead an intense start to the new arc.