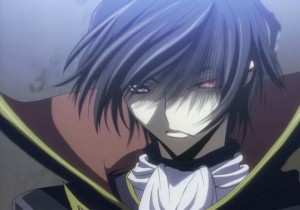 A lot of people disputed the ending of Code Geass. When Code Geass R2 ended, the biggest question was is Lelouch dead or alive! I personally believe Lelouch is alive, and I will entail the proofs that I have used to back up my theory. Well it technically isn t mine, because I m sure a lot of people have come up with the theory since the anime completed airing a while back. 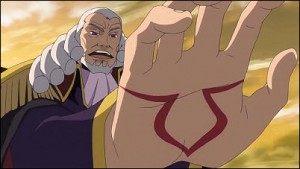 The most common or biggest theory behind Lelouch surviving death is the Code Geass, in which if he has acquired the Code then he is now immortal like C.C. because he already has a Geass. The Code is transferred to the Geass holder killing the Code holder, however does the murdered Code holder need to be the one who had gifted them with the Geass If it doesn t then could the death of Charles at the hands (well more like mind) of Lelouch be enough to transfer Charles Code to him Well I think so because when Lelouch asked the World of C to reject Charles and his father started to deteriorate, Charles grabbed Lelouch with his hand which had the Code on which could signify the passing on of the Code. Also Charles told C.C. to give him her Code, so this must mean a Code can be transferred from any Code holder to any Geass holder, which further backs this. Lelouch can have both the Geass and the Code because the person who gave him the Geass is different from the one who gave him the Code. 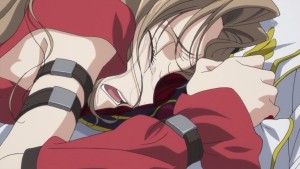 When C.C. was shot and killed at the start of Code Geass and she touched Lelouch, he saw a flashback of her life, this must mean that when a Code holder is killed they show a flashback to whoever touches them. So could Nunally seeing Lelouch s flashbacks when she touched him at his death count as the power of the Code being Also as previously happened, C.C. didn t have the Code awaken until she was killed for the first time after receiving the Code, therefore it could be the Code is only awakened for Lelouch after his first death. This means that Lelouch is probably going to come back to life after the Black Knights have been rescued and people don t notice.

The Tears of Suzaku and C.C. 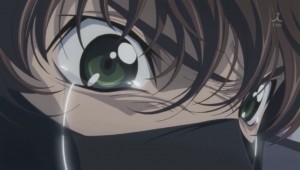 Suzaku cries while/after stabbing Lelouch, and C.C. cries at the church alter. The episode also shows that Suzaku knows exactly what Lelouch plans and the death of Lelouch was all part of the plan which he detailed to Suzaku, in which Suzaku also takes over the role of Zero.

The reason why Suzaku cries is because of two things: firstly it is the normal thing to cry when a loved one dies (even if temporarily, more so if you are the one who is forced into taking this risk by killing the loved one); secondly he knows that Lelouch is sacrificing a lot, especially his life with his sister for whom he originally planned the rebellion and murder of Charles for as well as cutting himself off from the world by having to hide after his death. C.C. also cries for the second reason, Lelouch is taking responsibility for the use of his Geass, he is going to lose everything in the sense that he can no longer be Lelouch as Emperor Lelouch is now dead .

In Japanese there is no L , and Lelouch is indeed more like Rerouch (although pronounced Lelouch). All the people who had the Code were called double letters, like C.C. (C2) and V.V. (V2) so could the R2 signify R.R. I don t think it is mere coincidence that the anime was R2.

Orange-Kun letting Zero past him to kill Lelouch 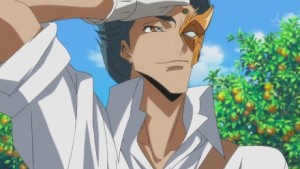 Orange-Kun is a devoted subordinate of Lelouch, he has proven he would die for Lelouch and was extremely distraught by the death of Lelouchs mother. He also seemed to know of the plan to kill Lelouch and minimized resistance against Zero s attack. Why would such a man allow Lelouch to be killed He had a smile and let Zero jump on him and past, bypassing the majority of the guards. I do not believe Orange-kun would let Lelouch die unless he knew that Lelouch would survive.

Then furthermore, Orange-kun was seen in his plantation at the end with a calm and happy demeanor which would not be the case if Lelouch had died. The man was distraught after the death of Marianne, Lelouch's mother, and threw away everything for the sake of Lelouch. This man would not be normal if Lelouch was no more. But he is normal and happily enjoying his life on the plantation, and an Orange plantation nonetheless, fitting for the name which Lelouch had given him.

C.C. and the Wagon

It could be very well that C.C. was speaking to Lelouch who was the wagon driver or hidden underneath the straw, or maybe even to Lelouch who had escaped elsewhere. She says the power of Geass brings loneliness that s not quite right is it, Lelouch , meaning that Lelouch is not lonely (i.e. not dead).

However the most common thought is that the wagon driver himself is Lelouch, if you have a look below at this video made by a fan you may even believe this.