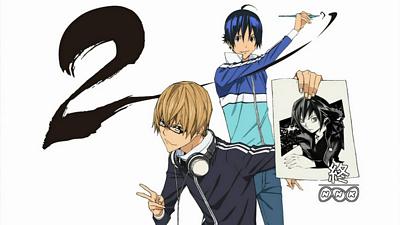 With Bakuman's 3rd Season fast approaching, I thought I'd do a quick overview and review of Bakuman 2. This won't be an in depth review but rather a reminder of what has happened before talking about what we can expect from the third season.

This overview and subsequent preview is meant for fans of the anime, so I won't reveal any spoilers from the manga.

Deviations from the manga: No appearance from Shizuka Ryu.

Picking up where season 1 left off, it's safe to say the story was definitely different.

Now that the duo had become serialised authors in the most competitive weekly manga magazine they had a lot to deal with: anxiety of failure, illness, writers block and much more. To make things more complicated, when they decide quit writing their manga they face even more problems and pressure, but it all works out in the end (after some serious work of course.)

But wait we're not done yet!

Remember Sasaki-san has made it clear that if they can't rival a Nizuma Eiji manga then they'll be cancelled in 6 months.

This was essentially a big turning point in the Bakuman story and not just for the obvious reasons. The story definitely progressed quite a bit but the changes in the style of manga also contributed to the change in the anime style.

It's no doubt that because of the manga's change, more chapters of the manga had to be animated for this season (57 compared to first season's 33). This was mainly due to the lessening of the text in the manga which was a bad habit of Ohba-sensei's leftover from DEATH NOTE, a manga I find overrated due to the imbalance of art and dialogue.

Even though the change in the amount of dialogue and the artwork definitely helped the manga but it made the second season of the anime a little weaker than the first. This was because whilst all that dialogue made the manga a little boring at times, made for great anime material, but in the long-run it was definitely an improvement for the better.

Finally, I didn't mind that Shizuka Ryu didn't appear in this season of the anime. He was never an important enough character in the manga and in fact, his appearance would have messed up the very good pacing the Bakuman franchise has set itself.

All in all, another good season that also proves that sometimes J.C. Staff's minor touches don't affect the series in a negative way. 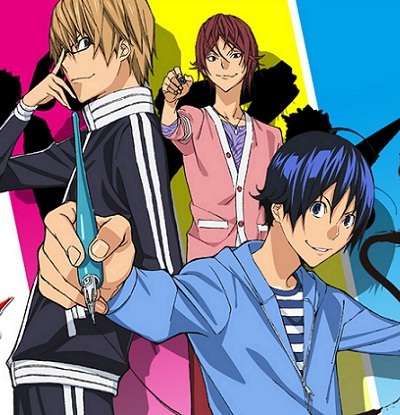 This season will actually feature a main antagonist.

I know that just because of that statement some of you might think "What about Nizuma Eiji or Iwase Aiko " but truth be told those two are nothing more than rivals who provide Ashirogi Muto with a way to better themselves.

The protagonist's name is Nanamine Toru and that's all I'll reveal about him (notice how I didn't include a link for his character). The reason he's considered the main bad guy of the series is that he appears for a considerable amount of the story unlike many other characters who get introduced and then have their appearances scaled back considerably (Hiramaru, Aoki and Nakai are good examples of this).

You'll notice that for the number of chapters to be animated I've given two possibilities. This is because the manga has ended and unless a fourth and final season is announced we won't know how J.C. Staff is going to approach the remaining story.

I really do hope that they don't rush the story and attempt to animate over 80 chapters (even if they exclude the chapters that I think don't really need to be in the anime), otherwise the anime will suffer dearly. It's funny how little 25 episodes seems when your facing a completed manga but the worst thing that could happen is that the series gets rushed.

Here's to hoping it doesn't get ruined"