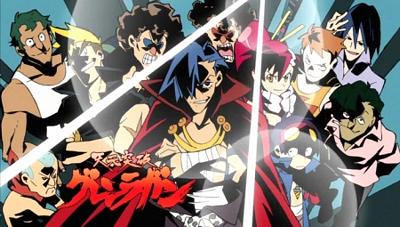 Anime Aura is officially 1 year old today. Since we have started we've gained momentum and wrote articles on a range of topics. Seeing at we are one year old now we would like to just say a little story about how the anime blog came into existance.

The Beginning of the Anime Blog...

Once upon a time on the 19th of August 2012 this anime blog was born because sintaku sat down and wanted to share his love for anime and manga with the world. He decided the best was was to voice their opinions and share their experiences and then they made Anime Aura. The first post was short but sweet and it started all that is Anime Aura now. Just over one month later azeriraz who is a real life friend of sintaku's joined the team of writers, well not exactly a team but more like a duo at that time.

We started working day and night on the the Fall Season Preview of 2011 and within a few weeks it was done and uploaded, they both spent day and night in sintaku's living room drinking tons of coffee and sifting through all new anime that was upcoming that season. Then on the 28th of November 2011 sintaku had to go on hiatus due to circumstances in his personal life changing and he left after he made a post about Fairy Tail.

azeriraz was swamped with University and his part-time job during the months of October to December, so blogging was the last thing on his mind. Then, at the beginning of the New Year he decided to get back into blogging and completed his first 2 series which he had blogged episodically (Black Rock Shooter and Brave10.) He then kept picking up more and more things to blog and added more manga reviews, increased the number of series he blogged episodically and even went on a livestream or two.

The Present and Future of the Anime Blog

Whilst nothing lasts forever (maybe it will in the future), for the time being azeriraz plans to blog to his heart's content. His blogging list isn't concrete but he's decided to focus on more manga and depending on the season, more episodic reviews.

I, Sintaku, will also be back in some capacity and may pick up a series or two from the upcoming Fall 2012 Season to blog episodically. I've also got a few friends involved in order to increase the coverage of anime series and to give the readers more variety.

We have officially have two new writers: raccoons is our new episodic blogger covering Sword Art Online (azeriraz handed it over since he had some RL stuff to deal with) and Shonenbeat who has made his debut on the site with his post on Accel World.

Nope! That's it for the time being but we'll be sure to keep you updated.